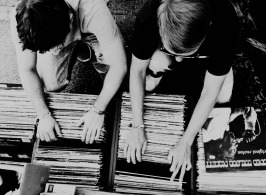 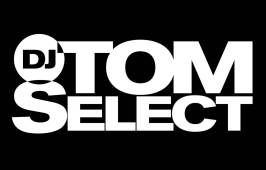 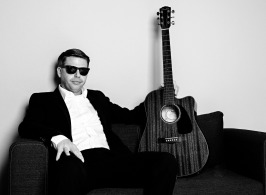 (17-MARCH-2019) After the July 2017 release and promotion phase for my latest album ZIPDRIVEDISCO it has been a bit quiet out here I admit. I had to take a break, travelled to Cuba, Portugal, Colombia, US and other countries and started to work on some new stuff first. Hence, from now on you will see more frequent updates on the site again. Now a glimpse of what to expect: We have founded a new band project called SYNC FLOYD which I will be leading as Executive Producer. Logos, website, social media representation are currently being worked on. We'll release two singles to promote the project, one in Autumn or so, and the other one most likely early next year - both of them will feature VERY SPECIAL guest appearances which nobody would have thought of, I guarantee folks! Both singles will be released with Major Label support worldwide and should hit a radio station near you as soon as they are out. It won't be Hip Hop but rather Funk, Disco Funk or Urban Pop. We don't have a genre for it, it just sounds DOPE and will make you move your ass, trust me. That's it for now, more details will follow soon. Stay tuned for an amazing future folks.

(20-NOVEMBER-2017) In order to make the digital version of ZIPDRIVEDISCO even more valuable, we have enhanced the already great tracklist and added some bonus beats that one solely gets via Bandcamp.com! Make sure to cop your digital edition HERE to support the artists directly. 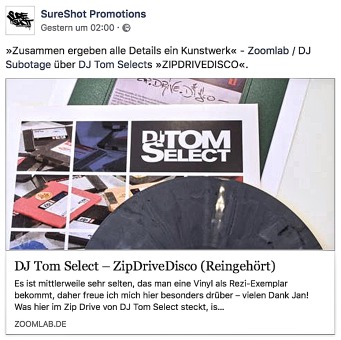 (20-AUGUST-2017) Some new media feedback came in throughout the past few weeks. We'll use this post to share it with you, expect this post right here to be updated during the next days. Hence, check back frequently for more information ...

Also, DJ Tom Select has been travelling recently to organize some new projects with quite a few surprises in the pipeline now. Make sure to stay tuned for some great news ahead! 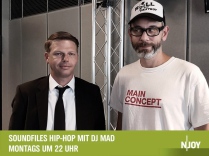 This time DJ Tom Select presents his new album ZIPDRIVEDISCO with quite a few songs off it mixed and played live on air by DJ Mad. Also, the two DJs discuss production styles and tools, crate digging, talk about the history behind all the big names who appear as guests on the album and of course about future projects. Tune in and listen to 60 minutes of good music and an interesting interview with two DJs who are active in Hip Hop since the early 90s.

Norddeutscher Rundfunk (NDR), enjoy Radio with DJ Mad (Die Beginner) on Monday, August 1 / 10:00pm (CET) - tune in HERE or visit www.njoy.de! If you miss the show on Monday you'll have a second chance to listen to it on Sunday, August 6 / 08:00pm (CET) as it will be repeated on NDR Blue, another station you can check out over HERE.

(7-JULY-2017) In order to celebrate the official release of DJ Tom Select's new album ZIPDRIVEDISCO, one of Germanys top radio stations will play some songs off the album during their show tonight. Tune in at 9:00pm CET and support independent music ON AIR! Thanks to moderator Jean-Marc Heukemes for having ZIPDRIVEDISCO on his GREEN GOES BLACK radio show later on today! 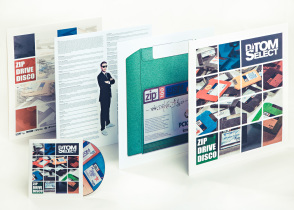 (7-JULY-17) Today marks the official release of the all new DJ Tom Select album ZIPDRIVEDISCO. Get your copy while supplies last, the grey colored Vinyl edition is strictly limited to 500 copies. Check the shop links below and grab yours right away:

Get your copy at Bandcamp.com (Digital Edition + 3 exclusive Bonus Instrumentals)

Get your copy at Amazon (Streaming)

Get your copy at iTunes (Digital Edition)

Get your copy at DJShop.de ( Digital Edition)

(02-JULY-2017) Some new, high end product pictures of the limited, grey colored ZIPDRIVEDISCO Vinyl Edition have been released to the public. Check the awesome pictures below and get your copy while getting is good! This edition is strictly limited to 500 physical copies and will be sold out pretty quick. Also, nobody beats the pricing for such a nice product/package - get it for just EUR 13.99 HERE (HHV.DE)! Photography by Inés Oßwald for Bildwerk 7.

Watch the video via the JUICE Magazine Homepage click HERE. 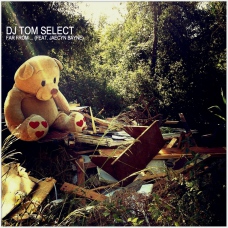 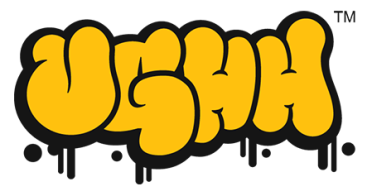 (12-JUNE-2017) The first video single off the upcoming ZIPDRIVEDISCO album, titled "Freedom Americana", featuring Toledo (Ohio/USA) based MC Nino Graye, has been released exclusively via UGHH.COM, the authority for Hip Hop media in the US. Check the full video HERE.

Watch it via the DJ Tom Select YouTube Channel HERE! 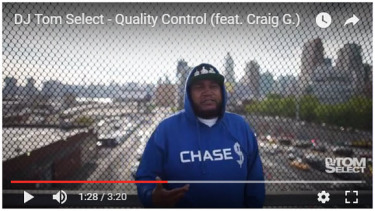 (08-JUNE-2017) The second video single off the upcoming ZIPDRIVEDISCO album features NYC Hip Hop legend Craig G., member of the world famous Juice Crew - the pioneers of East Coast Rap and blueprint for crews like Wu-Tang Clan, Hit Squad and so on.

The song will be the second video single to be released in June 2017. We are currently working on the exact dates and platform and will provide more information soon .. Check back for Quality Control! 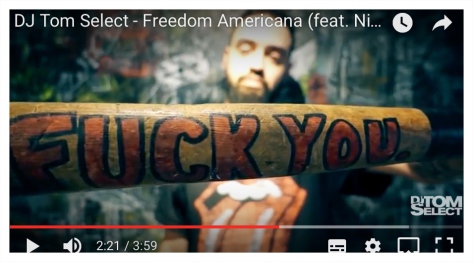 (02-JUNE-2017) In order to promote the release of ZIPDRIVEDISCO, there will be two video singles coming out in June. The first song off the album to be released will be "Freedom Americana feat. Nino Graye", a timeless piece of Hip Hop music featuring awesome lyrcis and cool visuals.

The video will be launched in parallel on Facebook and Youtube at 08:00pm CET on Wednesday, June 14!

In addition we are currently working with several media partners to provide you with additional surprises. Check back for more information soon. 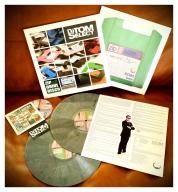 (01-JUNE-2017) Today marks the official start of the album promotion phase for ZIPDRIVEDISCO, hitting stores worldwide on 7-7-17! Throughout the month of June DJ Tom Select will appear in different magazines, blogs and on different radio stations, we'll keep you posted on the "Dates" section of the website. Go check the pictures of the nicely manufatured product below and pre-order your copy right away ... More pre-order options, e.g. for Amazon, iTunes and Bandcamp will be published soon.

(04-MAY-2017) As we are moving forward with the preparation of the ZIPDRIVEDISCO album release on Friday, 7/7/17 we are now able to share  the final album artwork for LP and CD. Have a look and let us know what you think on facebook! More information, release schedule for the video singles and pre-order links for the LP/CD and Digital Edition will be available soon too. 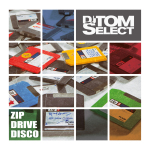 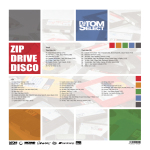 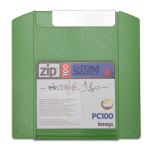 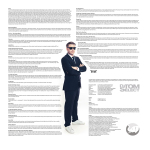 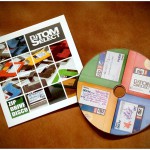 (02-APRIL-2017) After the Vinyl test pressings already arrived last week, we were now able to take a decision regarding the release date for the upcoming DJ Tom Select album ZIPDRIVEDISCO - it will hit stores worldwide on Friday, 7/7/17!

The 12" LP featuring 16 tracks will be released on special grey colored Vinyl, incl. full album with 29 (!) tracks on CD inside the sleeve - where one will also find some DJ Tom Select stickers. A really nice package! We just finalized the album artwork and press pictures and expect the finished product to arrive within 3-4 weeks. Once the LP is on stock we'll release additional information and details like tracklisting, guest list, press- and product pictures - and a very special surpise in terms of videos!

(15-FEBRUARY-2017) In preparation for the upcoming album release of DJ Tom Select's ZIPDRIVEDISCO we used the "free" time between mixdowns and mastering session to work on a new website design for DJTOMSELECT.COM - and here we go! We'll add some more features throughout the next few weeks and while more details regarding the new album become available, e.g. cover artwork and stuff. Also, a new DJ Tom Select Facebook artist page has been launched, please click the blue icon above or visit facebook.com/djtomselect and follow the site for frequent updates!

(10-FEBRUARY-2017) A new DJ Tom Select album called "ZIPDRIVEDISCO" is about to be released in Summer 2017. Mastering has just been completed beginning of February. Hence, manufacturing of the actual product will happen within the next few weeks. Means, the album will most likely hit stores between June and August 2017.  In terms of the format it will be a nicely configured 12" colored Vinyl LP which will include the full album on CD. The majority of the album will actually be instrumental music - along with some unique Rap tracks featuring the likes of Inspectah Deck (Wu-Tang Clan), Cappadonna, Snoop Dogg, Kurupt & Daz Dillinger (Dogg Pound), Craig G. (Juice Crew), C-Rayz Walz, Chino XL, Nino Graye, Jaecyn Bayne, Bronze Nazareth, Marabou (Rawlin Hood Moses), Fantomas  & Kalmann (Sound Survivors) ... and more. Watch out for updates! 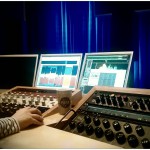 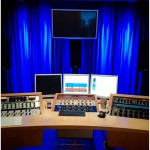 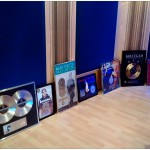 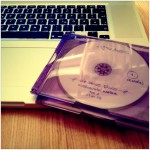 (12-NOVEMBER-2016) A new band project called NOAH AND THE BLIND PASSENGERS has recently been founded. DJ Tom Select, Nino Graye, Buzz T., Fantomas and various other musicians began working on a bunch of songs for a concept album that is scheduled to be released in 2018. The band logo on the left is in place already, it has been designed a few months ago by Fantomas (Sound Survivors) and Alex Schnaible (followmedesign) and represents Piano keys, a Guitar, a Vinyl record and the famous Akai MPC pads - hence, the most important tools in use for the #NATBP album production.The project will be focussed on instrumental Beat Music with a blend of different  genres and influences, mostly recorded live with Drums, Guitar, Bass, Piano, Violin and MPC. More information on #NATBP and maybe a glimpse of what this album will sound like coming soon ..

(Older) As 11th September 2015 marked the release date of two new productions of yours truly, DEAD Magazine, the one and only source for independent/underground music journalism in Germany, honors this fact with an exclusive headline article on the RAWLIN HOOD MOSES Project and an exclusive interview with DJ Tom Select (in German). Read the full article about the Rawlin Hood Moses project here. Read the full interview with DJ Tom Select here or click on the article/picture below.

Who is Rawlin Hood Moses?

(Older) DJ Tom Select & Marabou joined forces to become RAWLIN HOOD MOSES. The short EP project was released on 11th September 2015 and is available on CD and as digital edition, entirely produced by DJ Tom Select. The release provides you with six tracks incl. instrumentals and some unique, awesome, complex and reflective lyrics by MC Marabou - and the best flow ever heard in French language.  Check the sound below and get your copy now! 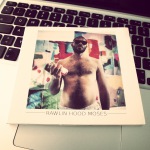 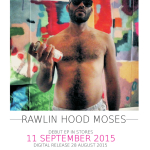 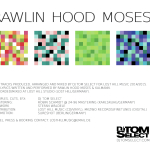 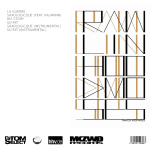 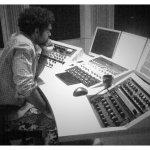 (Older) DJ Tom Select & Akila da Hun, a female MC based out of Atlanta (USA), teamed-up to create the SUBURBANTS. The album was released on 11th September 2015 and features ten classic Hip Hop tracks produced by yours truly. Besides lyrics from Akila da Hun, the album features a guest appearance from C-Rayz Walz on the song "Buried Alive". SUBURBANTS is available on CD and as digital edition. Don't miss out! 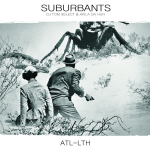 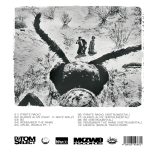 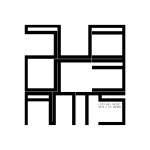 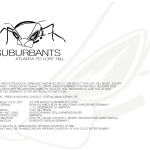 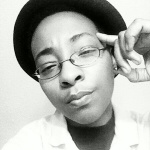 (Older) The Backspin Project marks the last official, physical release of the SOUND SURVIVORS, an international band project DJ Tom Select worked with over the past ten years. For their final album the crew is supported by an amazing guest list. The LP features the likes of RZA, U-God, Masta Killa and Cappadonna of the world famous Wu-Tang Clan, Nino Graye, Jaecyn Bayne, M-Eighty (Almighty/Glass City), Aslaam Mahdi and more. The Backspin Project is available on special white colored Vinyl 12" which includes the full album on CD. A definitive ode to the 90s Hip Hop era and some of DJ Tom Select's most complex productions to date. There are some copies left on the market, get yours while getting is good - the album was limited to 300 physical copies!